The 7 Traits To Identify Fake Friends

We all need friends. For me, on the list of social priorities, family comes first (obviously), and then there are friends. It’s no wonder many married couples claim their spouses to be their friends. But not everyone will be your best friend and worse are some of the people who are just fake friends. They are only friends to fulfill their purpose. You don’t want all that negativity in your life. These are some of the traits which fake friends have. Two or more and you can strike them off your friend list as soon as possible!

1. Changing who you are

You are a unique person and you know it. But that doesn’t matter to fake friends. They will try to change who you are just to serve their own purpose. Your uniqueness, your life, is not important to them if it doesn’t help them.

Jealousy is destructive and that is something fake friends are full of. Don’t confuse it with envy though – we are all envious sometimes. It just shows what we desire so much. But jealousy is when we don’t discover our desire but rather act on taking away what other people have. It’s negative and ruins our other relationships. Nobody, I believe, would want that in their lives.

3. Taking anger out on you

Does your friend release all their frustration on you? Once in a while is alright, but if it happens often, you may want to reconsider your friendship. Fake friends have the tendency to rage and frustrate and take it all out on you. They know they can come back and caress you when they want and they can just leave whenever they wish. They think of you as their pet.

One of the key ways towards growth is constructive criticism, and true friends looking out for you will give it to you a lot. But if you want to be a true friend and call out on the flaws of your fake friends, they will lash out and attack you. For them, it’s always a competition. Pointing out criticism, however positive, is taking them a step back.

5. No celebrations on success

Nobody celebrates your success more than your family and true friends. But that is not the case when you are surrounded by fake friends. For them, your success is just another spur to their jealousy. It’s like you won something that they could have won otherwise. They might hide it, but you can understand they are not happy with your success at all.

6. Demanding more than they give

7. Reflecting the blame through you

Maybe you have identified the fakeness of your friend, what do you do now? If you point it out to your friend, you are in for a major blame game. Fake friends don’t want their agendas revealed. If you find out what they really want, they will blame you and nitpick whatever faults you have and how they ignored it. They will make you feel lucky to have a friend like them. It’s a way they impose themselves on others. Don’t fall for it.

Fake friends are never going to change. They’re never staying. So it’s best not to invest your valuable time and friendship in them. Look around and go for better friends. You’re worth it. 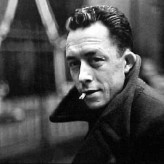